Raised on one of the first organic farms in central Montana, Joe Barta is the son of Bud Barta, one of the original members of the pioneering organic farmers memorialized in the fabulous book Lentil Underground.  Also, Bud is one of the founders of Timeless Seeds, an organic grain distribution company.  Joe grew up on a farm that was one of the first operations to challenge the industrial food complex and its chemically focused supply chain.  To say he gets his love of sustainable farming naturally is an understatement.  From a very young age, Joe learned to run and innovate farm equipment.  After school, Joe farmed for a few years on the family farm.  His  first business was construction related and his construction company is named “Son of a Barta.”  Joe’s farming background, when combined with his “jack of all trades” construction skills, are paying big dividends on the Sandy Arrow Ranch.  Although he has left his construction company to join the Sandy Arrow Ranch team, he is still building homes, only now they are for the microbes.  Joe is a soil builder who believes in regenerative farming as the foundation for soil, food, and human health.  Like his father before him, Joe has passion and commitment that has driven him to the Sandy Arrow Ranch for he is completely behind our mission of redefining health for future generations.

Joe Barta has many roles at the Sandy Arrow Ranch and we are very thankful for his ability to serve as a Joe-fix-it since the ranch is a long ways away from any mechanic. His primary role on the ranch today is “Director of Regenerative Agriculture,” which means he drives the cultivation and application of the premium aerobic thermal composts and teas produced to rebuild soil in the fields and pastures of the Sandy Arrow Ranch. 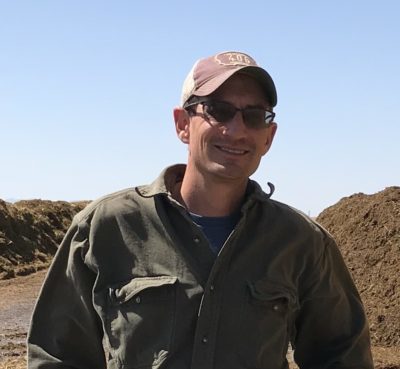 back - Carrie Willisnext - Our Team