Removing carbon via next generation farming and ranching

Modern agriculture has been a major contributor to global warming.  Bare dirt does not sequester any carbon.  Living roots and the micro-organisms (especially fungi) they create can sequester up to 10 tons of carbon per year per acre.

Climate Change is a Real Problem

Conventional agriculture is a contributing factor

Modern agriculture has been a major contributor to global warming.  Scientists estimate that up to 20% of the harmful carbon emissions are due to agriculture practices.  Agriculture does not have carbon protocols in place right now to create tradable carbon and every acre of conventional agriculture accelerates this warming planet issue.

Scientists have estimated that we need to get the atmospheric carbon levels from 400 ppm of carbon dioxide back to 350 ppm in order to avoid catastrophic climate change. Lowering emissions is simply not enough.  At 400 ppm, the planet will keep warming.  A warming planet will generate additional natural carbon dioxide (e.g. tundra unfreezing, increased forest fires) that will trigger even more carbon to be released.  The only way to stop the rise in global temperatures is to take carbon out of the atmosphere and store it somewhere.  Specifically, to take 50ppm out of the atmosphere we would need to store approximately 100 gigatons (1 gigaton = 1 billion metric tons) of carbon.  Unfortunately, oceans comprise 70% of the planet.  They are not an appropriate place to store more carbon for carbon dioxide dissolves in water, forming carbonic acid which is harmful to many forms of sea life.  We must solve the problem with the 30% of the planet that is land.

Fortunately, healthy soil can effectively store carbon.  However, the scale of what needs to be done is intimidating.  The reality is that the task is to replace what used to be here.  In fact, since the industrial revolution, land clearing and cultivation has released 136 gigatons of carbon. Clearly, the soil can store the amount needed to get the atmosphere to the critical 350 ppm level.  But how?  The agenda that should be facing humanity is to figure out what practices are needed to attract, build, and retain carbon in the soil.  If the human race wants to survive on a planet that looks similar to what it is today, there really is no alternative. 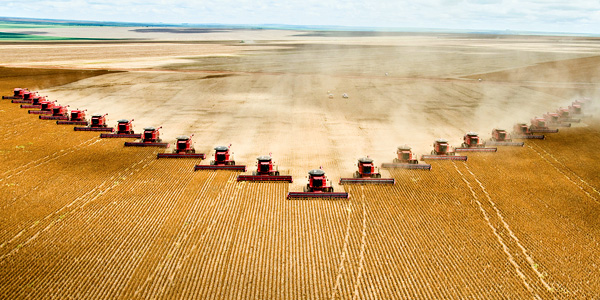 Bare dirt does not sequester any carbon and scientist estimate that up to 20% of all harmful carbon emissions are due to agriculture practices.

Healthy Soil is the Answer

A regenerative, soil focused farming model will make an impact

The SA Ranch is attempting to prove out a groundbreaking (no pun intended) regenerative soil focused model for both agriculture and livestock.  Central to this model is the thesis that carbon can be sequestered at a level that can be impactful to climate change through biologically based soil focused programs which meet other sustainable goals.  Most of the soil in the northern plains has been severely compromised by conventional, chemical-based farming.  Non-stop applications of RoundUp and other chemicals have destroyed the microbial community, turning the soil into dirt.  Additionally, many ranches have not employed holistic grazing practices which has compromised both pasture and native grazing land.

Many scientific trials embracing biological soil principles have reported exceptional results, restoring an average of 2.6 metric tons of carbon per acre annually.  As a goal, SA Ranch is targeting the restoration of 3.0 metric tons of carbon per acre annually over its agricultural fields and pasture land.  To give you a sense of what this means globally, there are 8.3 billion acres of grassland and 3.8 billion acres of cropland across the planet.  If all this land stored an incremental 2.6 tons per acre, over 20 gigatons of carbon would be sequestered annually and the 350ppm atmospheric goal would be met in 5 years.

Conventional agriculture has been a huge contributor to global warming.  We can reverse this. 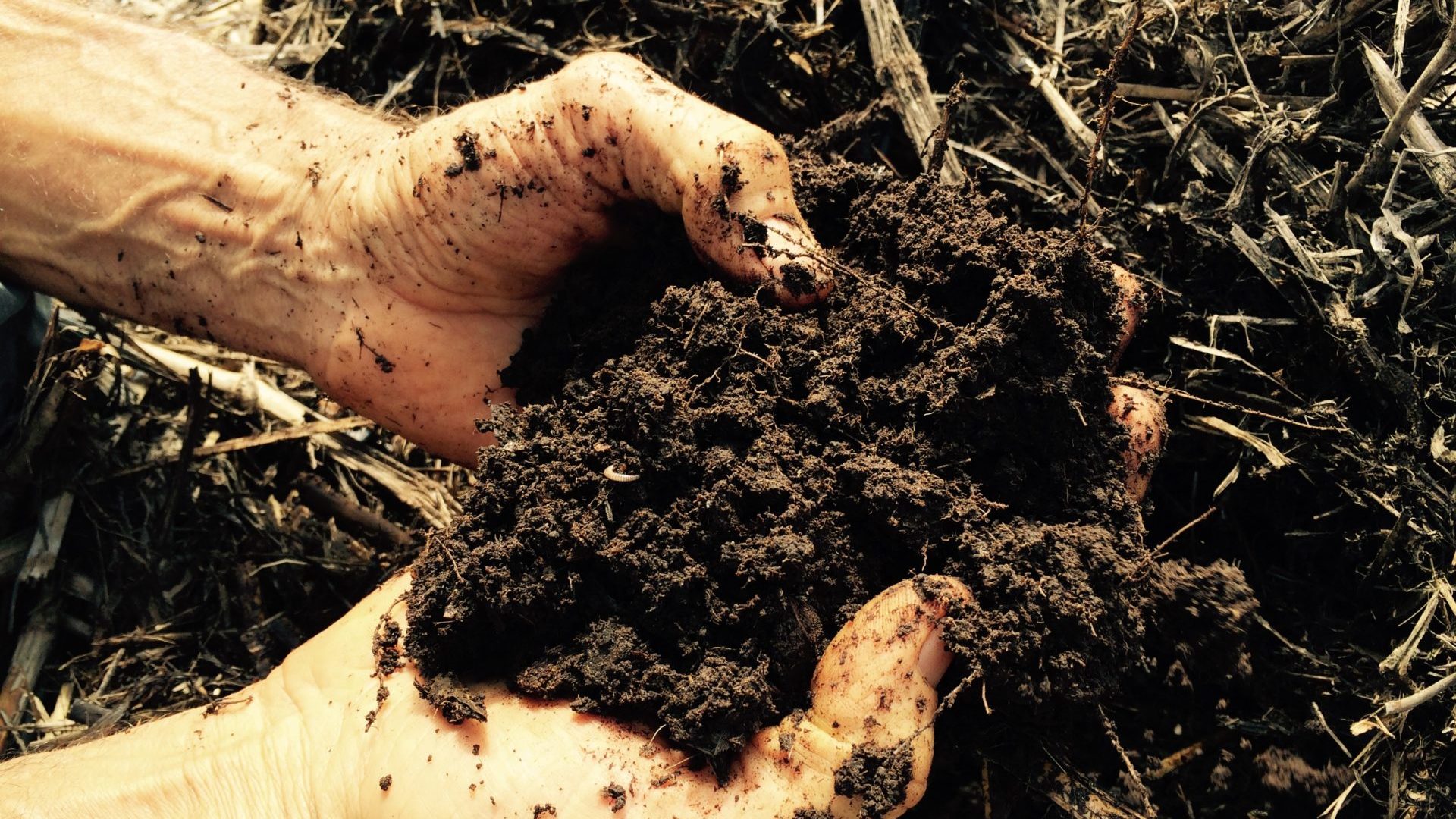 Living roots and the micro-organisms (especially fungi) they create, can sequester up to 10 tons of carbon per year per acre