Over a couple of surprisingly rainy days (June 18th & 19th), the Sandy Arrow hosted one of the largest gatherings of soil dorks ever seen in central Montana.   Aldo Leopold once said “We abuse land because we regard it as a commodity belonging to us. When we see land as a community to which we belong, we may begin to use it with love and respect.”  The second sentence of this quote was the common theme of the participants because although the conversations during the conference generally centered on creating sustainable human communities, all participants had developed their agendas/views by focusing on nature where communities of plants, animals, and microorganisms thrive in balanced ecosystems.  Many of the participants have dedicated their lives’ work to biomimicry sustainability agendas.  Given that the focus of our group is on terrestrial ecosystems, it turns out that soil is at the center of every sustainability conversation.  At every break and into the night, our group of “soil dorks” collaborated on how soil-related solutions might address and solve some of the most pressing issues humans face today, ranging from health to climate change.  We have characterized the Sandy Arrow Ranch as a giant petri dish to test and validate there is a better path forward and the Science Spectrum meeting was a testament to that statement.

All participants had collaboration connections with the Sandy Arrow Ranch and used the time together to share research and resources.  There were at least 10 Ph.D. or Ph.D. candidates in the room so scientific jargon ruled the day but as you can see in the pictures from the event, working on sustainability is not an ivory tower agenda.  Some of the most poignant presentations were from the real ranchers (Zachary Jones who runs sustainable grazing on several Montana Ranches) and farmers.  In fact, we kicked the conference off with an impassioned talk by Bud Barta, a born and bred Montana farmer who was an original member of the Lentil Underground (a great book you can find on Amazon here).  Bud, with three friends, began the organic movement in Central Montana some 30 years ago.  Bud’s grassroots talk was a great lead into a deep dive led by our head scientist, Molly Haviland, into the Sandy Arrow’s biological agendas with compost/compost tea and cover crops. Molly’s deep dive was the perfect set up for the cutting edge science discussions that followed on soil, carbon sequestration, the links between soil and nutrition, sustainable grazing, and wildlife health.  You can click the link below to see the complete agenda for the conference, but suffice to say many hours were spent on the key sustainability agendas of the Sandy Arrow Ranch in particular and the planet in general.  There is no doubt that events like this, as well as the soils-focused regenerative farming model employed by the Sandy Arrow Ranch, are contributing to the powerful momentum of this movement. 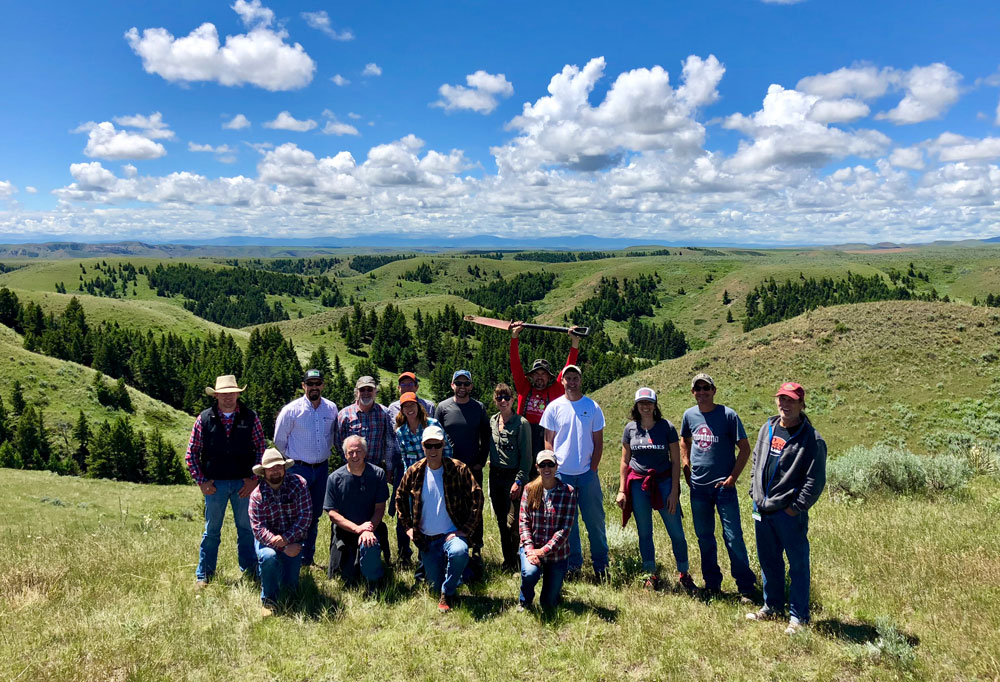 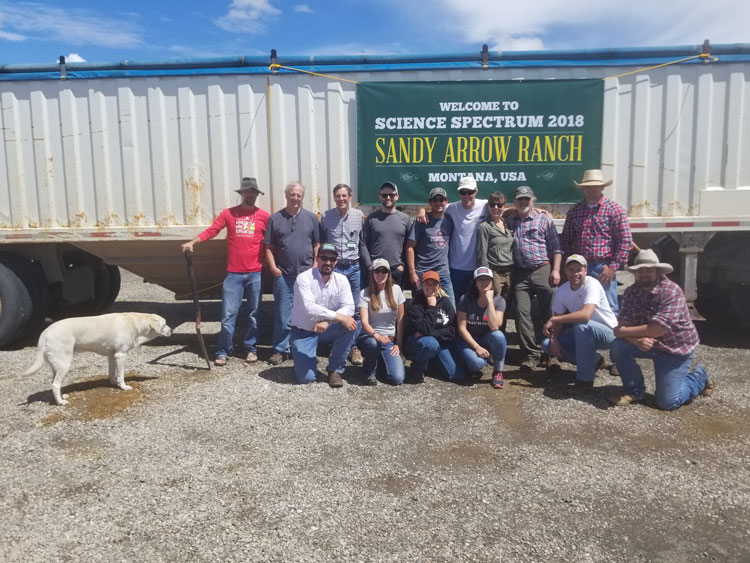 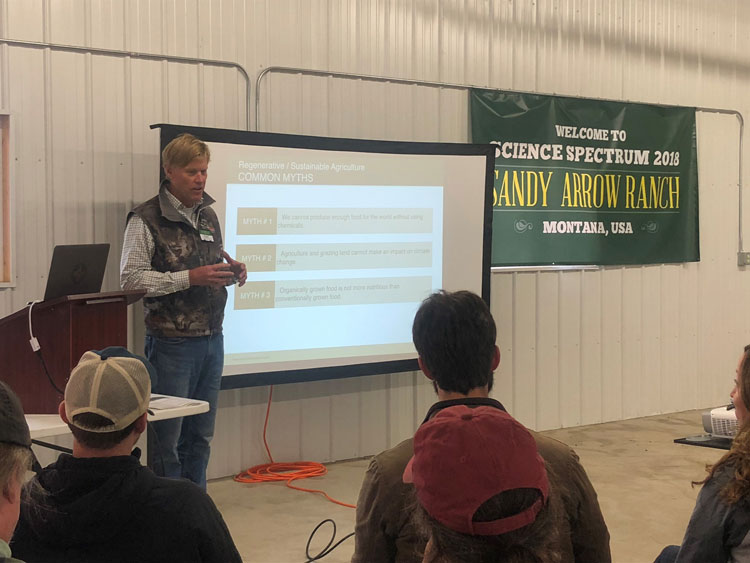 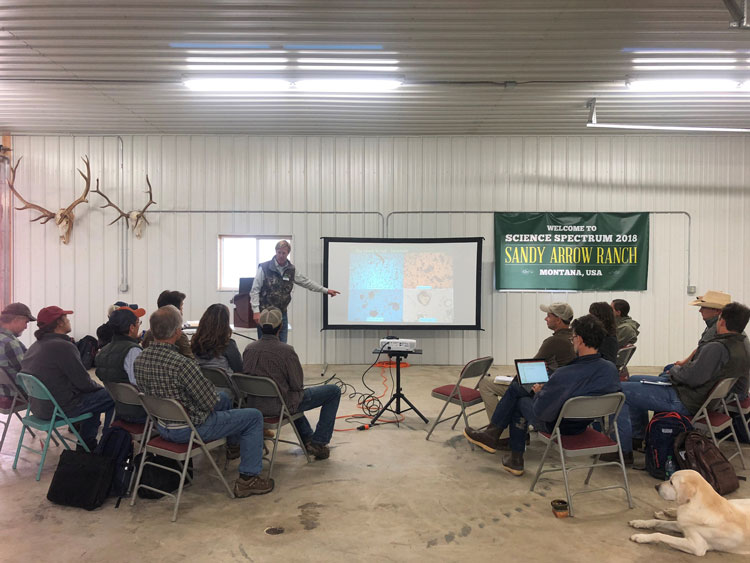 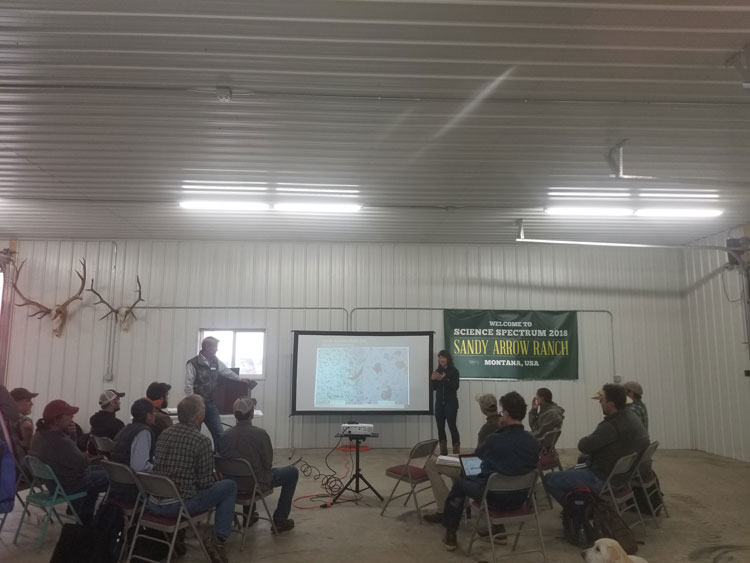 Digging into the science 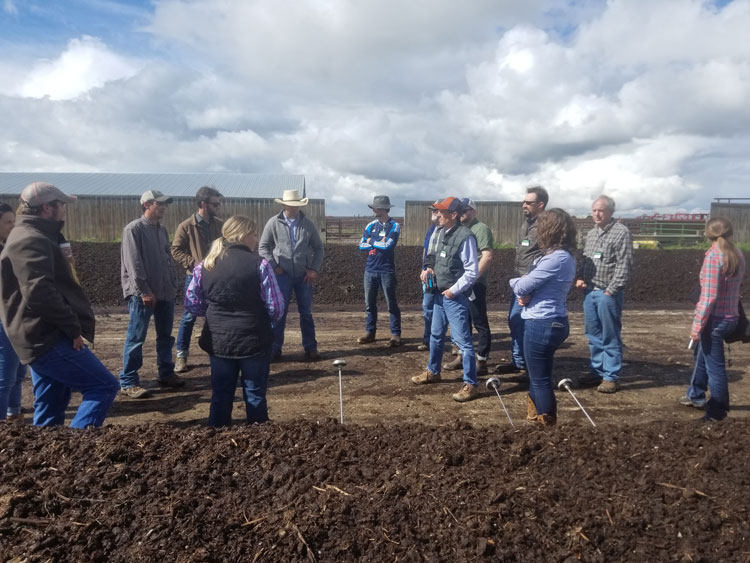 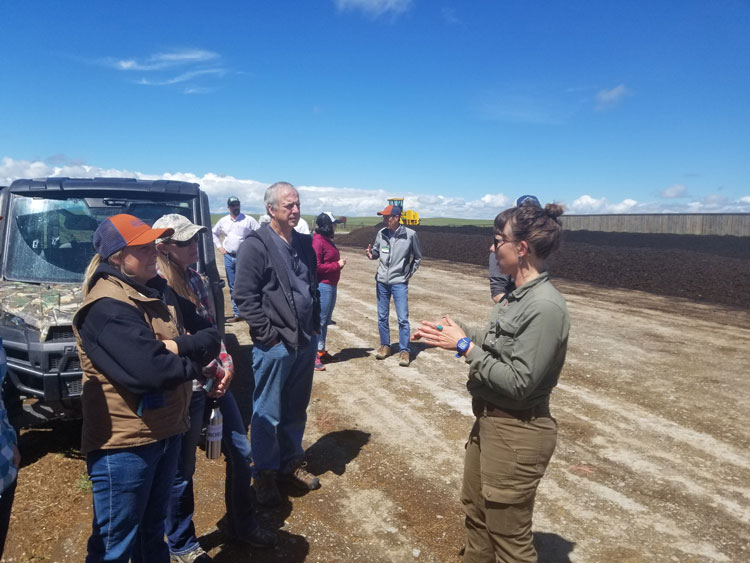 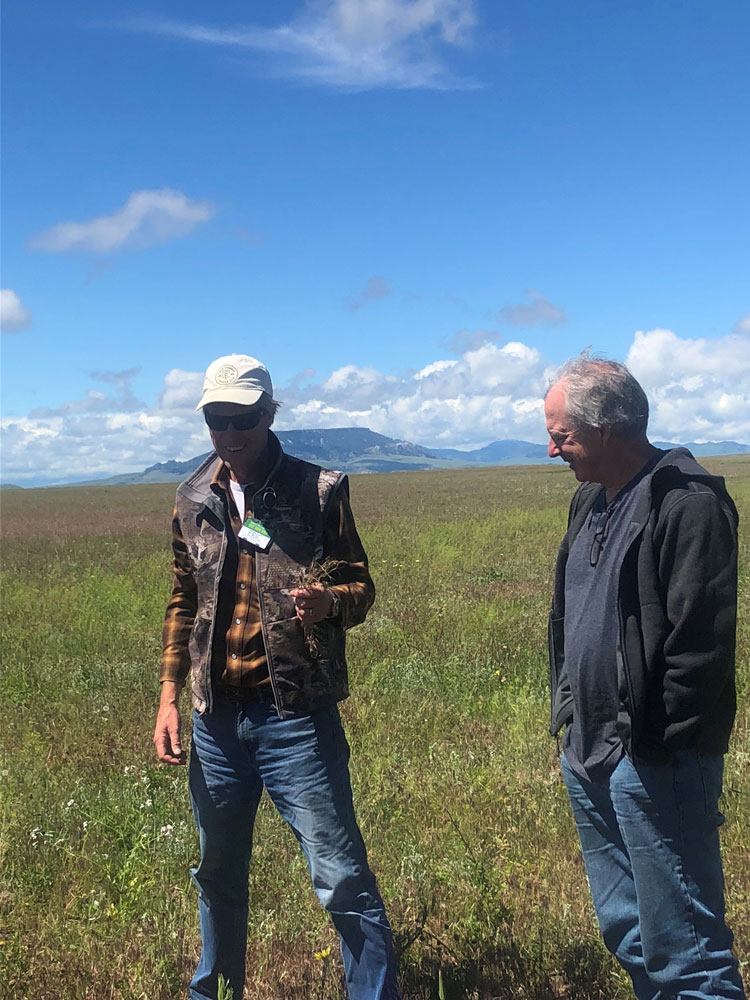 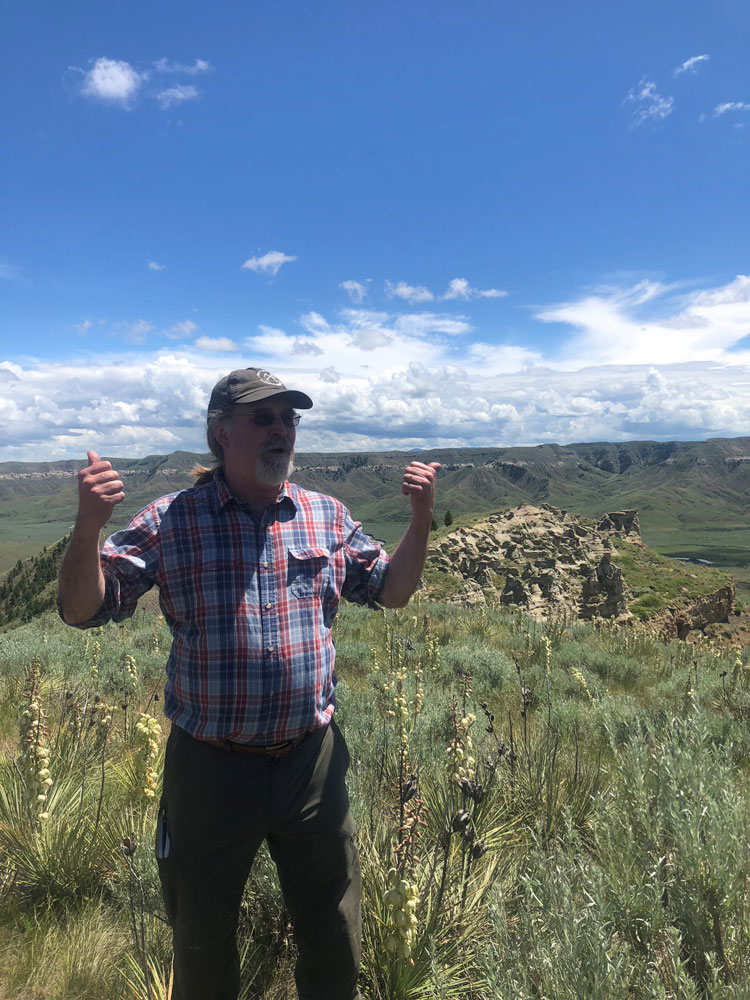 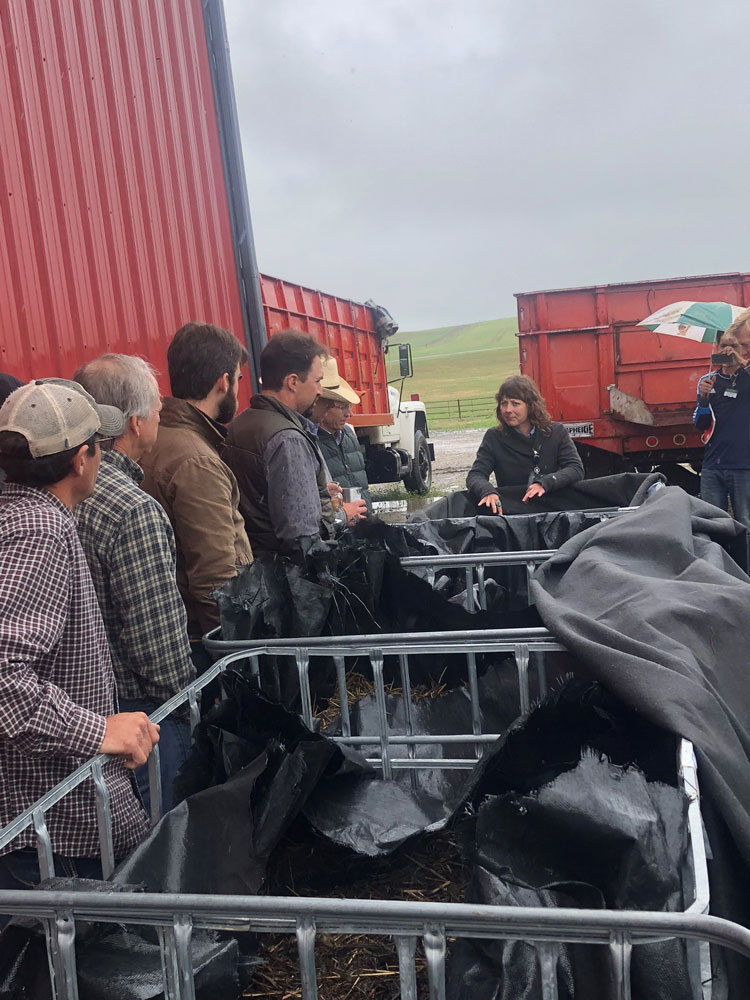 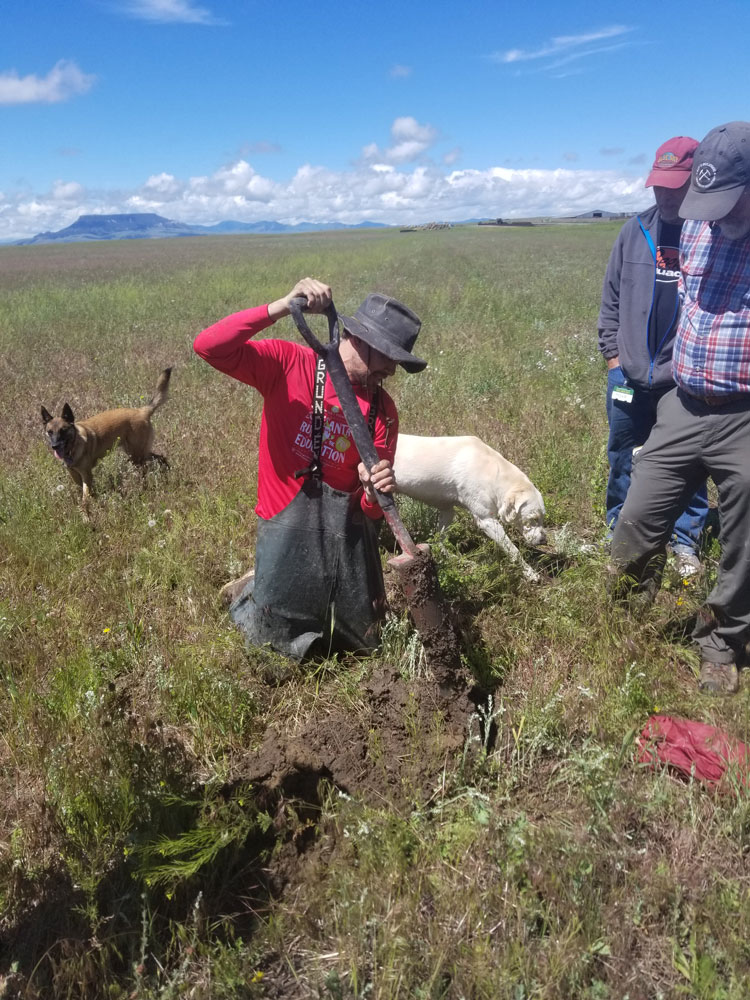 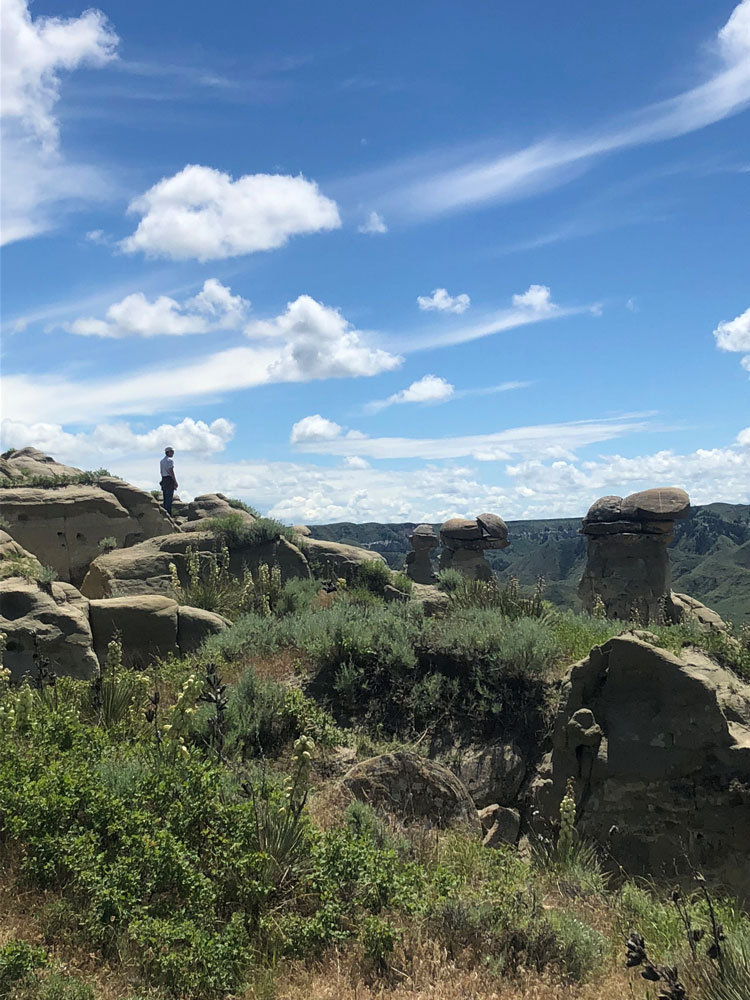 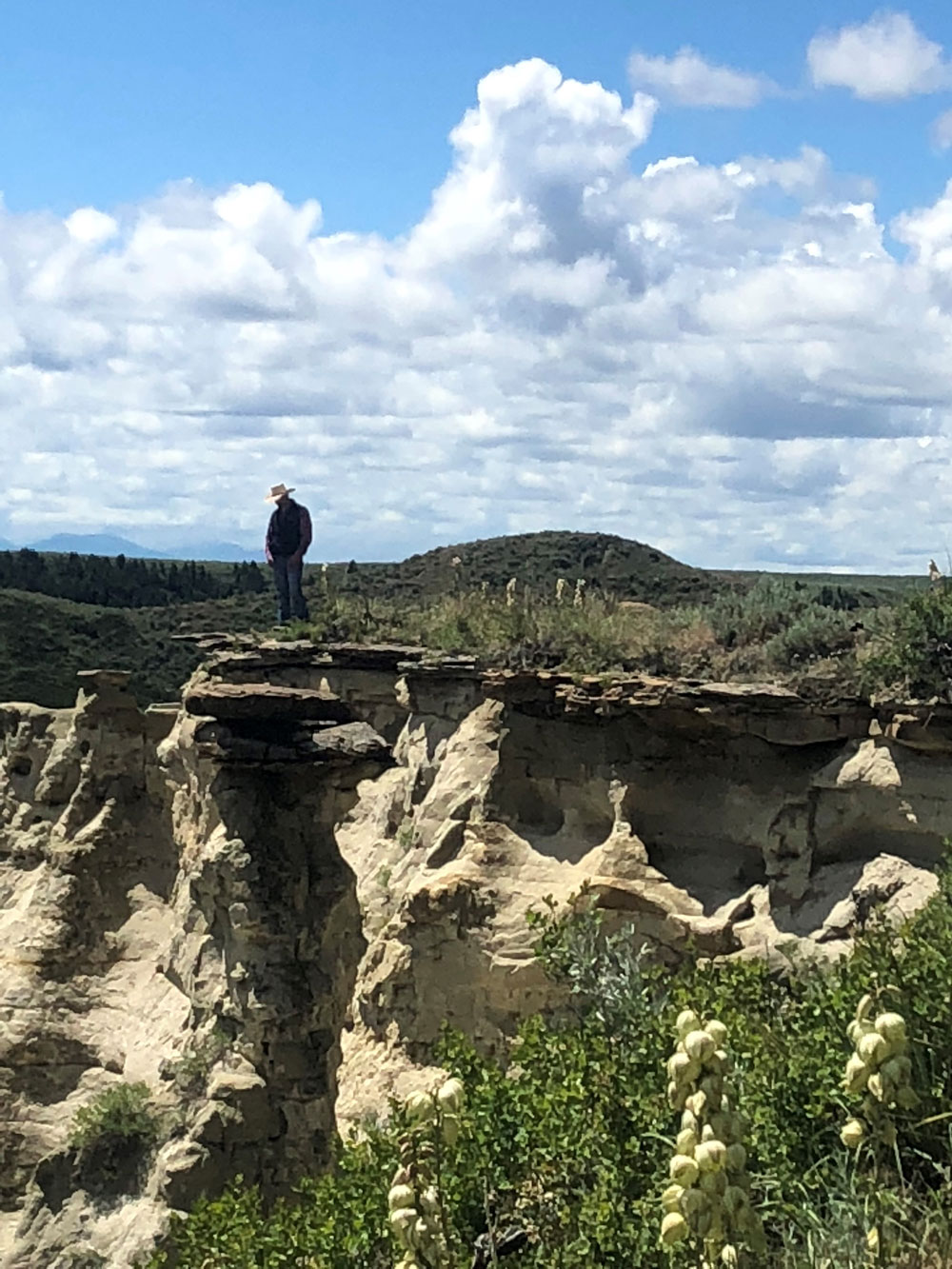 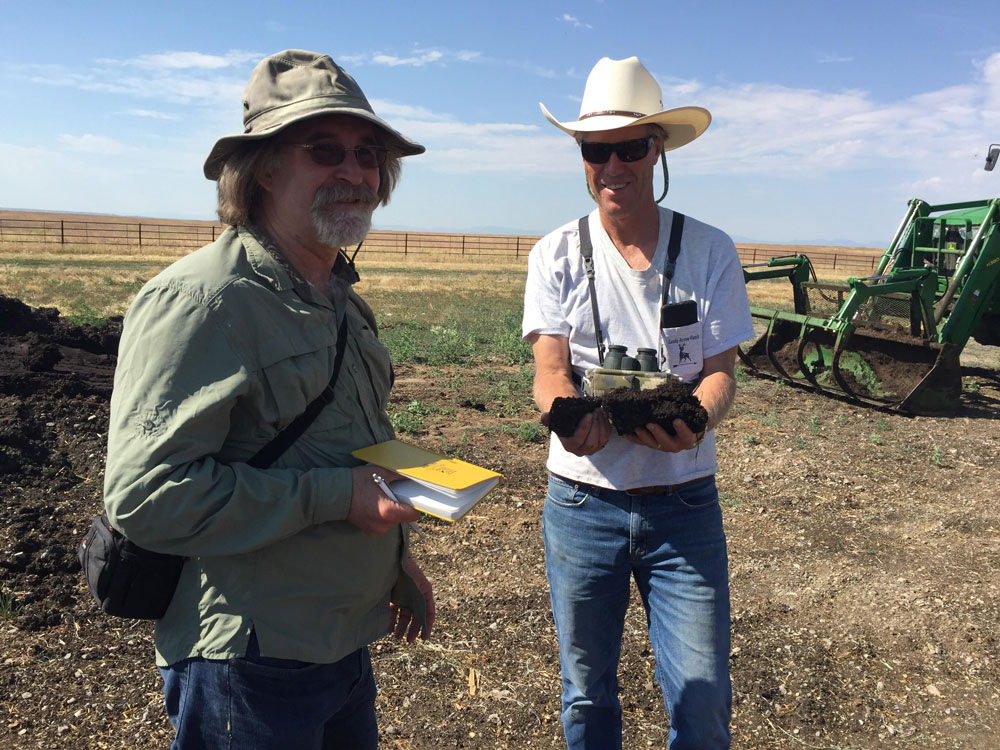