Compost is the key ingredient in the conversion of SA Ranch’s soil.  In the early days of designing the SA Ranch’s business plan, it became clear that in 2016 and 2017, we would have to make approximately 4,000 tons of compost to execute what we hoped to accomplish.  Making 4,000 tons of anything is a monster challenge especially when one is starting from scratch but the SA Ranch’s team is up to the challenge and close to 2,000 tons of compost was made in 2016.  This update is designed to provide a sense of how we completed the first 2,000 tons.

Compost is decomposed organic material.  Organic matter decomposes in nature naturally and to make compost one just has to re-create nature’s science.   The key is having the right microbial community and these microbes become the “inoculate” which act like yeast when combined with organic material.  To get our original inoculants pile we hiked as far away as we could get from chemical fields (including going the top of square butte which you can see in many of the pictures) and gathered soil from remote, pure areas all around central Montana.  To assess our microbes we created a minilab at the ranch’s headquarters.  When our scientists were happy with the biology in our original “gathered soil” inoculants pile we began our first compost.  Our first test pile, which was created in our storage sheds (tight controls), used all local organic ingredients and this was a small hand turned pile.  We started two other piles in successive weeks where we applied real-time learning and experimented with material mixes and moisture.  These piles all produced excellent compost and in fact, one of our earliest victories was when Elaine (head scientist) looked at the biology of the first compost pile.  In the picture below you can see this happening in real time with team members looking anxious and Elaine smiling.  She is smiling because the biology is robust; our goal is to create this biology in our commercial compost operation. 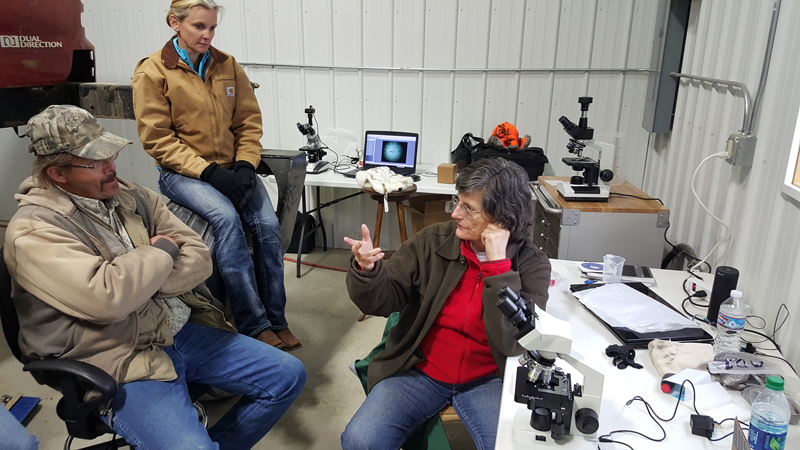 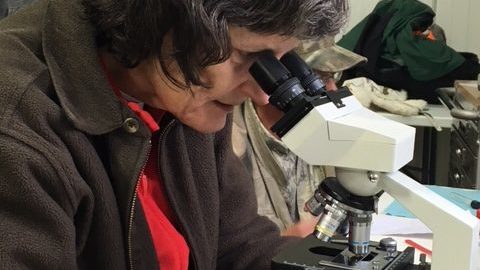 Making a small hand turned pile of compost is quite different than making 1000’s of tons of compost.

As these first small batches were “baking,” the team spent most of the spring and early summer of 2016 scouring the county for the volume of organic materials we would need for the 1,000 ton batches.  We have a goal of making compost with all local, easy to acquire materials so that other farmers in the area can replicate our program.  We purchased old hay (both grass based and high nitrogen alfalfa) and wheat straw from ranches all over the area.   Spring Creek Colony (a local Hutterite community) contributed manure from their dairy operation and we pulled in other organic materials, including old corn stalks, from other ranches.  In addition to gathering 1,000’s of tons of materials we purchased equipment to haul and chop materials as well as a commercial grade compost turner.  We also repurposed water trucks (composting uses an amazing amount of water) and commandeered pieces of green (i.e. John Deere) equipment and skid steers from the SA Ranch as needed.

In making compost, our scientists provided a basic recipe.  However as nature proves, compost recipes are not an exact science so one has flexibility around material constraints.  The first “batch” we created was approximately 20% high nitrogen material (i.e. manure or alfalfa or sainfoin) with the balance being a mix of grasses (we used old grass hay), wood or stalky material like corn or wheat straw.  Ideally, there would also be some “cut green” grasses or cover crop mix in the compost pile as well and we did use this “green manure” in our second 1,000 ton compost batch.

In short, by early July, we had amassed the materials and equipment necessary to start the SA Ranch’s commercial compost operation.  To begin, he laid out two 1,000 foot long windrows that were composed of a “chopped” mix of all the gathered organic materials.  We estimate that there was a couple thousand tons of organic matter all told in the windrows prior to beginning.  This was mixed together with the “inoculate” (which acts like yeast) and plenty of moisture the organic matter is metabolized by microorganisms and the cooking begins.  Quickly the compost piles go up to 160 degrees and the decomposing process begins.  In the hot Montana summer it was very hard to get enough water into the materials (we were putting 10,000 gallons a day at times) such that the compost’s workers (microorganisms) could really thrive.  What we figured out is that we needed to wet the materials prior to putting them in the piles as well as during the “turning” process. Big batch number two went much smoother.

Our scientists tell us that humans could eat finished compost; we have not tried that yet.

Once all the organic matter decomposes the pile cools down and one is left with the ultimate rich soil teaming with microorganisms.  When compost is put out on the land, the microorganisms keep doing their “decompose build nutrition” thing and dirt turns into healthy soil.  Our scientists tell us that humans could eat finished compost; we have not tried that yet. 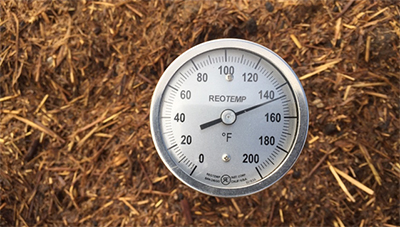 Quickly the compost piles go up to 160 degrees and the decomposing process begins.  Once all is decomposed and pure, the pile cools down and one is left with the ultimate rich soil teaming with microorganisms. 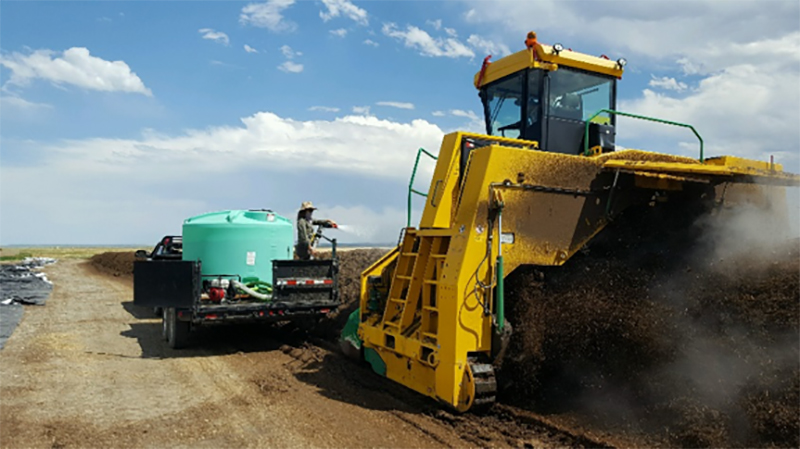 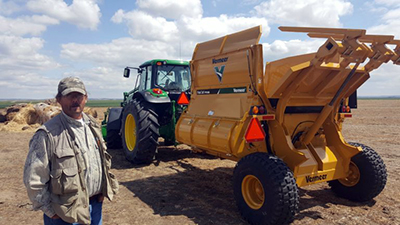 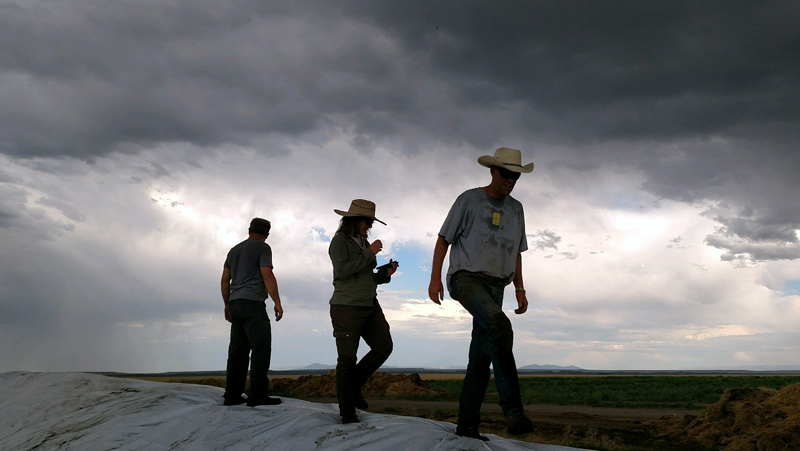